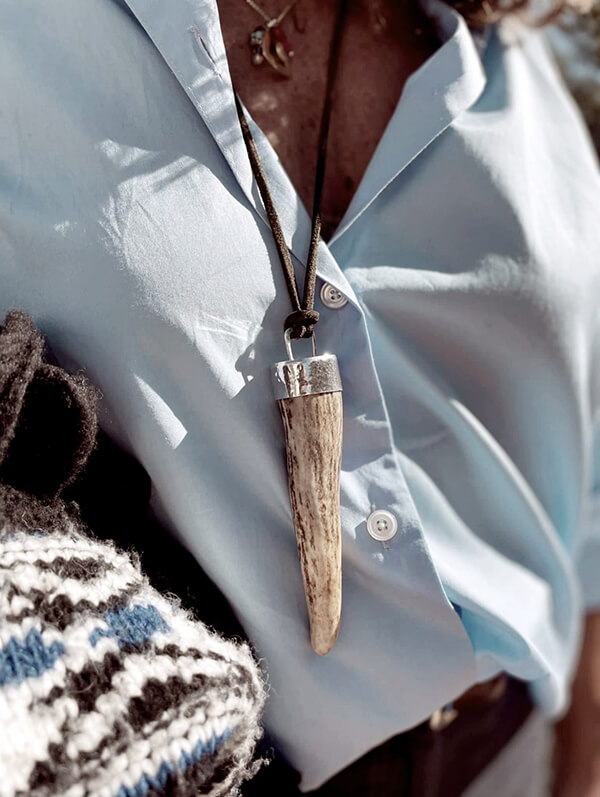 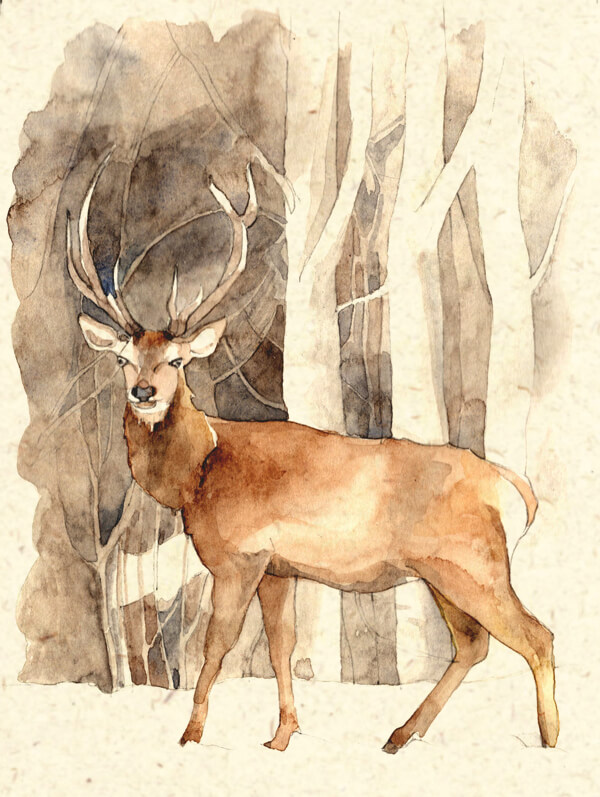 This is where the story of the new Sentier collection begins: silver and bone pendants and belt. A micro collection inspired by nature, the succession of seasons 'to be taken without haste', the mountains we love so much.

Of so much history that I have had in time to live, I want to be able to tell at least a part of it (...) every year we see the search for those who go "hunting" for antler that deer spontaneously lose, in one of the
most evocative shows that nature is able to offer us: the mating season.

Deer have antler, improperly called horns, which are nothing more than branched appendages consisting of a particular bone tissue that they use to defend themselves, but also to affirm their manhood during the mating season.

Every year new spikes are added to the branches of the deer.

From their length and color (darker with the passing for the years), it is possible to estimate their age.

The deer with its beauty has always been considered an animal full of symbolic values. Symbol of the sun, "tree of life" for the imposing horns that rise upwards.

Archetype of the old sage, due to the continuous renewal of the antler that connects to the rebirth that takes place at every life cycle.

For the Greeks, the deer was often associated with Mercury, a winged messenger of the gods, mediator between the human and divine kingdoms.
In the dreamlike world it is linked to the strength of body and spirit, to calm, to the slow flow of events. Synonym for wealth and fertility.

The antlers are renewed every year at the end of the mating season. Between March and February, the antlers dry up and fall naturally, giving way to new branches that grow again rather quickly with new appendices.

We just collect them by giving them the right value they deserve. 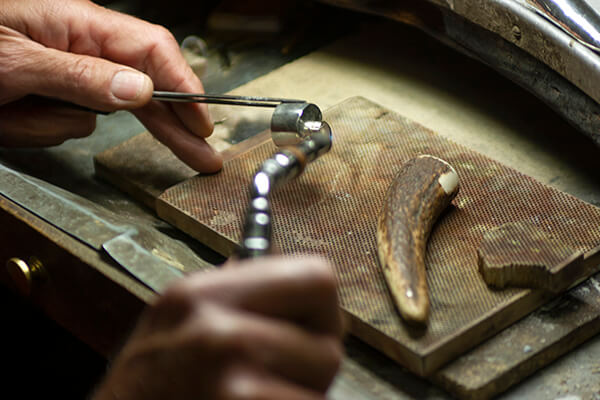 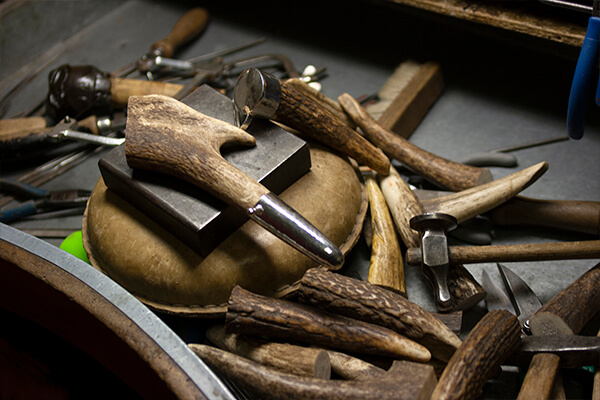 The micro capsules made of silver and bone include buckles and pendants.

Each creation, entirely handmade, is a unique piece. 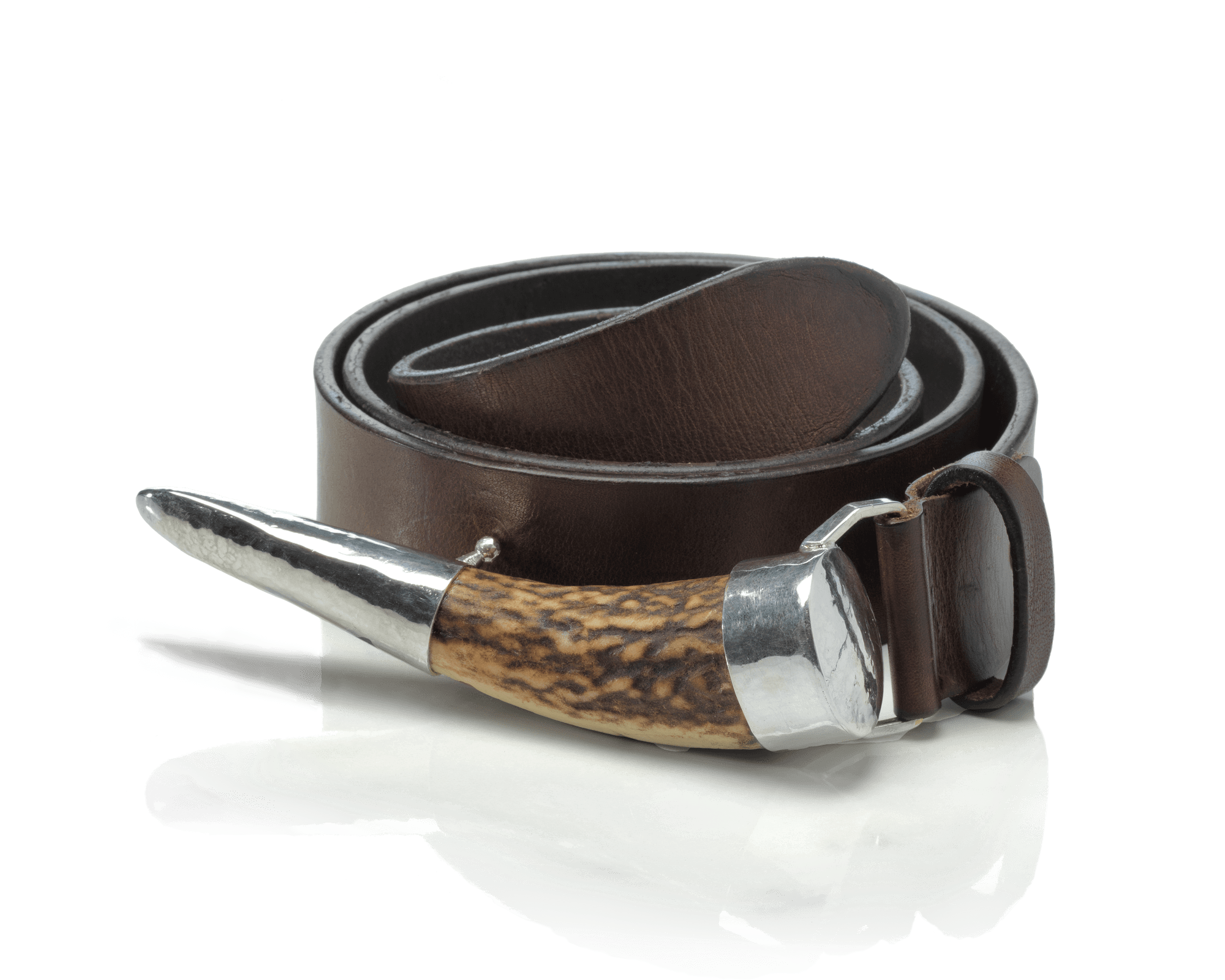 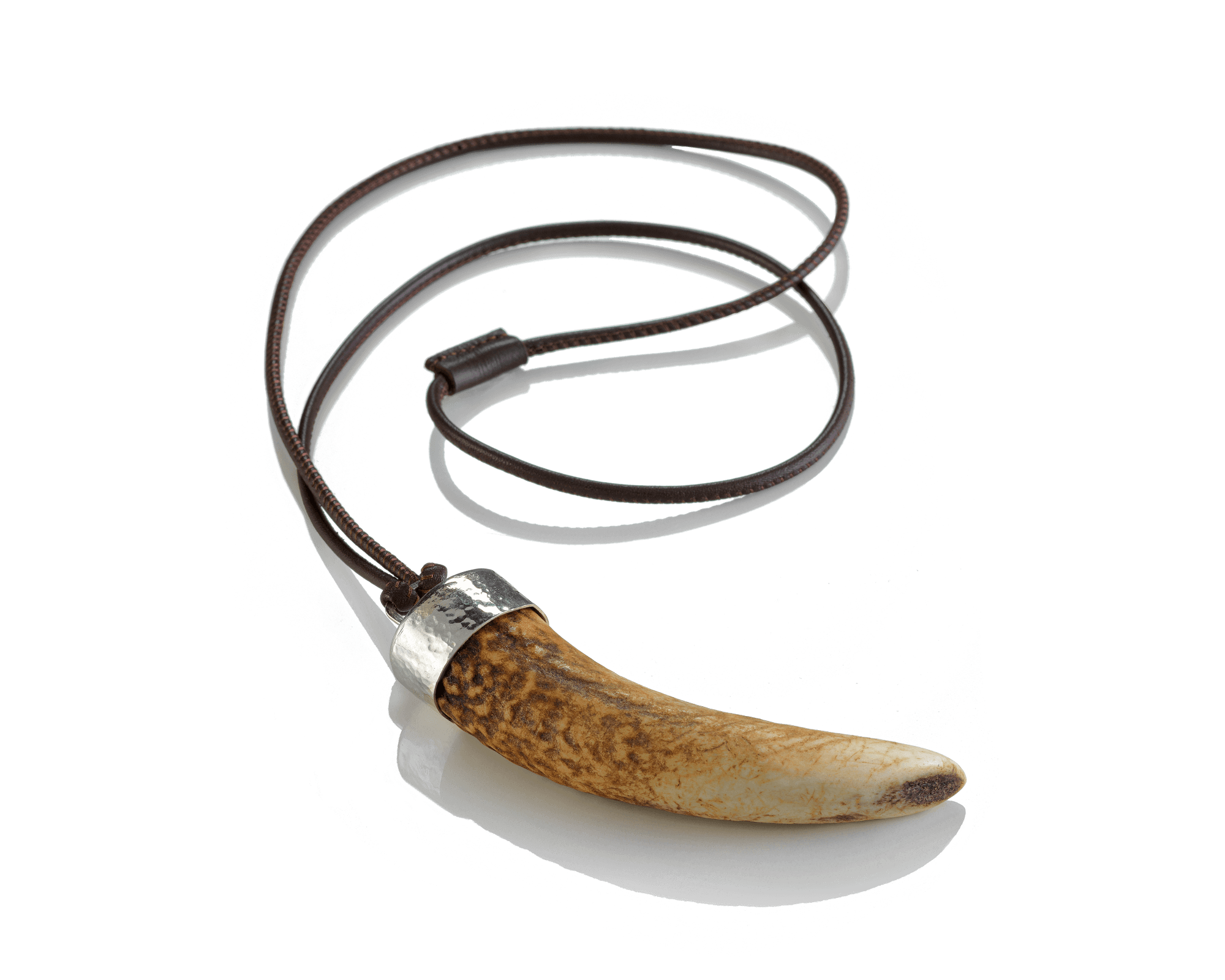 Stay updated on the latest - subscribe to our newsletter: